Welcome everyone to these new patch notes.
We are currently working on a major content update (clue scrolls). In the meantime we are deploying a patch to address several issues and bring a bit more light to some skills and features.

Here is the list of QoL features we've added. Most of these come from our suggestion channel on Discord.

A /blacklist command has been added. Select an item in your main hand and execute this command. Blacklisted items are not picked-up.
This command will allow you to grind without the hassle of picking up trash items.

You can now skip a job by using the coins in your bank. Whilst this is not a major change, this will save you a bit of time whilst training exploration with jobs.

You can now toggle the way your xp gains are shown to you. The default mode allows you to keep track of you recently earned XP. The second mode allows you to see the remaining XP for your next level of the current skill you are training.

This change was suggested by a few people. You will no longer get tasks that are very low for your slayer or combat level.

We've added a /res command to go back to the start of the agility course. This is a very useful command for speedrunners.

You can now check if your friends are online. Future updates will allow you to check your friends stats and to teleport to their instance.
You may right-click players in non PvP areas to obtain information about them as well!

HOW CAN I REPORT BUGS?!

A /bug command has been added to get a link to our bug tracker form.

We've swapped the models of normal chickens and puffy chickens.

Book Of Spells has been added to the in-between city playlist.

Our recent change with wilderness gravestones added a list of items received from killing someone. We've removed messages when receiving drops from a Player in the Wilderness to prevent your chat from being spammed with unnecessary text.

This patch comes with several gameplay tweaks. Most of these come from our suggestion channel on Discord.

You can now place blocks in the water. Sand can no longer be placed in the air.
Teleport tablets no longer require a magic level to be crafted. This will make the lectern worth buying and will create a market for teleport tablets.

The construction cape now allows you to fly on your island.
The fishing cape has a new /fishing command that teleports you to the fishing guild.
Cape teleport cool-downs have been reduced from 15 minutes to 10 minutes.

We've decreased the crafting times of dragon hide armors by a factor of 3 and added elemental staves crafting, unlocked at level 1.

As requested by the community, we've added mithril swords to Varrock's blade shop.

Coal can now be gathered by killing crawling hands, thugs and earth warriors. This should create a stronger market for coal. Low level players will be able to earn money by selling coal to high level smiths.

The incerator original intent was to give firemakers an option to make money by burning the logs into ashes and selling those in the markets.
However, this never turned out to actually function the way we intended.
It quickly ended up being dead content. In hopes of reviving the content and making it work like its original niche design we buffed the incinerator.

You will now receive one ash per log and you will earn more prayer xp by burning bones in the incinerator.

In order to bring more gems to the economy, we've increased the drop rate of gems from ores.

Bows and crossbows have been buffed by 10%.
Some end-game armor pieces now provide you a damage buffer in order to be competitive with barrow armors.

Weapon changes
The Kalphite whip has been buffed to 120 damage with 50,000 durability points.
Dharok's greataxe has been nerfed to 192 damage.
The Granite Maul's special is now triggered by right-clicking.
The Hill-giant club now deals max damage every time it hits and its damage has been nerfed to 135.

We've also changed some boss drop tables and gave each of them another reason to grind them.
We've added runes to the Evil Chicken, Coal to the Giant Mole, flowers to the Kalphite Queen, removed runes and flowers from King Black Dragon, added more coins to Obor and added more bones to the Creature.

That's it for this patch. We are actively working on clue scrolls, and we are trying to release them in one week.
Make sure to join our Discord to stay up to date with our patches.

Season 3 patch 2 - Minescape Treasure TrailsWelcome everyone to these new patch notes! It has been a month since our last update on Minescape. During this time we have been working on adding a lot of new content to the game, which primarily revolve around treasure trails/clue scrolls. This patch adds almost five times the amount of items we've ever added in a patch. A lot of these new items are armors. Some of you may be aware 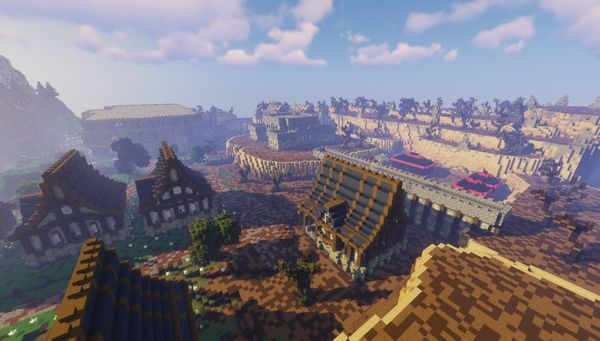 Welcome everyone to the first Patch of Season 3. We had originally planned to release Minescape Leagues a week ago, but our plans have since changed. Minescape Leagues has been postponed, and we'll keep you updated on a new time-frame. This patch brings several bug fixes, skilling updates, monsters/boss and social elements. Skills Let's start with our skilling updates. Construction You can now show off your amazing basement skills on your own construction island. You may now destroy sand